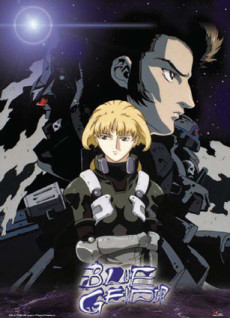 Yuji Kaido was diagnosed with a serious disease and cryogenically frozen. He wakes up more than 20 years later--and Earth is nothing like what he remembers. A race of alien bugs called the Blue have taken over the planet, and a few select humans have retreated to the space station Second Earth. Yuji is taken back to Second Earth, where he learns that he and the other sleepers will be instrumental in defeating the Blue. And his relationship with one member of the recovery squad only serves to complicate things.