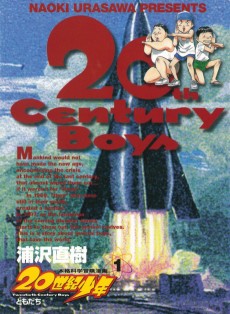 Humanity, having faced extinction at the end of the 20th century, would not have entered the new millennium if it weren't for them. In 1969, during their youth, they created a symbol. In 1997, as the coming disaster slowly starts to unfold, that symbol returns. This is the story of a group of boys who try to save the world.

For Kenji, a simple convenience store manager who once dreamed of becoming a rock 'n' roll musician, a host of memories from his past come rushing back when one of his childhood friends mysteriously commits suicide. Could this new death be related to the rise of a bizarre new cult that's been implicated in several other murders and disappearances? Determined to dig deeper, Kenji reunites with some of his old buddies in the hope of learning the truth behind it all.