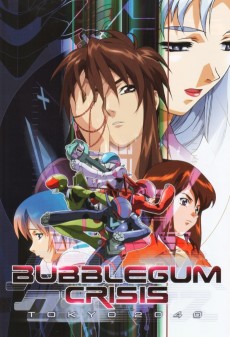 After a mysterious eathquake levels Tokyo, Genom becomes a powerful influence providing their artificial organic lifeforms called Boomers to rebuild and act as a labor class to humanity. However, some of them ocasionally run amok, and even the specially created AD Police are at a loss to stop them. Lina Yamazaki travels to Tokyo for employment but also hopes to join a vigilante force called the Knight Sabers, who pilot powered suits to destroy these rogue Boomers.